NIKO SCHWIND travels the globe since 2001 as a DJ, having played in Europe, Australia, Thailand, Brazil, the US and Mexico. In his sets he creates a feeling of connectedness between himself and others, as well as within the crowd. His first music on Autist Records, the label on which he subsequently releases his debut LP, ‘The Autistic Disco’, in May 2009, gathers the attention of many top DJs, such as Jeremy P. Caulfield, Ivan Smagghe and Mendo. It is only a matter of time before Oliver Koletzki takes notice of Niko’s productions and his DJ skills. Said skills subsequently see him embark on a hectic touring schedule: whether it’s Sao Paulo’s D Edge, Sydney’s Spice Cellar, Zurich’s Hive, Paris’ Showcase, or Berlin’s Watergate – Niko’s energetic and precise sets thrill any international crowd, something he’s out to prove in 2014: while he’ll be touring Brazil in May, Niko will return to the US for a second time in July.

In the spring of 2011 NIKO SCHWIND releases his sophomore album, ‘Good Morning Midnight’, on Stil vor Talent. The LP features collaborations with vocalists and producers like Channel X, Fran or Oliver Koletzki. Again, big names support it: Seth Troxler, John Digweed and Butch express their admiration among others. 2012’s ‘We Are The Future’ EP, which gathers four powerful, multi-facetted house tracks, continues the success story, as Niko updates his sound. While the title track climbs into the Beatport Deep House top 20 and is Stil vor Talent’s fifth best-sold track of the year, praise by Monika Kruse, Mr. G or M.A.N.D.Y. speaks for itself. The following year then sees the release of two EPs on Oliver Koletzki’s new Light My Fire label, as well as ‘Say What’ on Katermukke and a heavy-hitting remix for Lexer on Der Turnbeutel.

On Stil vor Talent, NIKO SCHWIND now presents the fruit of his labour in the from of his third album: ‘Grippin’ World’ captivates the listeners with its versatility and coherence, and kidnaps them to a world of sound, made up of elegantly reduced grooves, organic arrangements and accessible vocal-melodies. “One sees clearly only with the heart. What is essential is invisible to the eye.” – on ‘Gripping World’, NIKO SCHWIND clearly emphasises that music is the emotional extension of the heart. He has now proven his intense studio passion once again – in the form of his “Inner Sky EP” and brand new released his remix of “The Journey” for Deorbiting both seeing the light of day on Stil vor Talent

Hi Niko! Take us back to the beginning please; What was it like the first time you first fell in love with electronic music?

Some friends of mine in my hometown Trier introduced me to Djing and electronic music.

I was fascinated to see how they mixed two tracks together and created something new out of them.

And what influence does the local scene of the town you are living have on you?

Berlin has of course an impact on my work – but my friends in Berlin and from all over the world influence me much more than just the city I am living in. Their feedback and music are really important to me.

What are the ideas behind the current remix for Deorbiting and their track The Journey being released on Stil vor Talent?

After listening to the track “Journey” for the first time, I instantly thought about creating a more dancefloor orientated version.

The original itself inspired me, especially a part with a broken beat—I thought it would be nice to keep this atmosphere through a whole new track.

What tools did you use mainly for the production?

What do you do when you get stuck on a track production in the studio?

I take a break for one or two weeks and focus on a different project. If that doesn´t work out I start again from scratch. 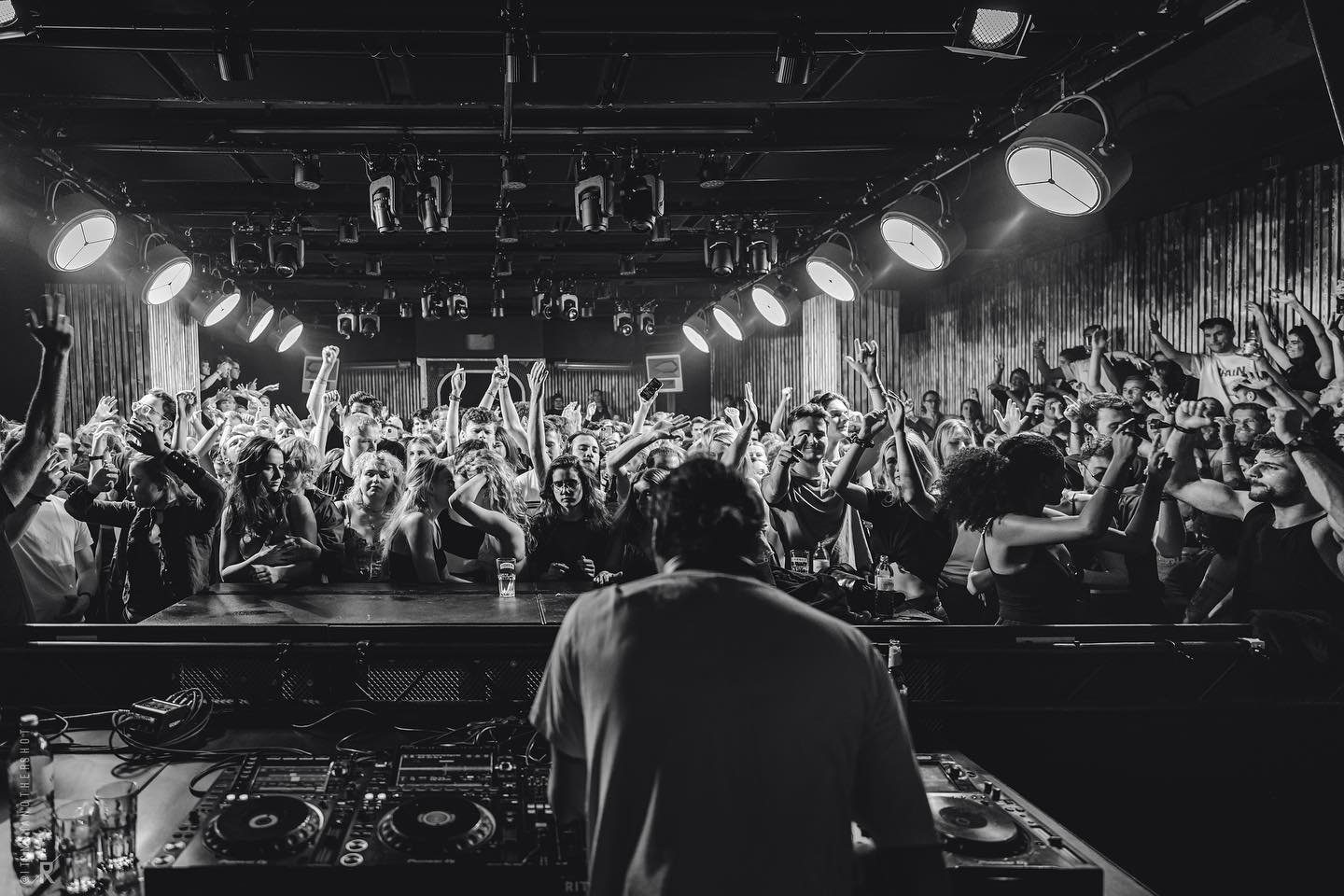 At the beginning of the year your EP “Inner Sky” was released on Stil vor Talent. What are you cooking up for the next few months?

I am working at the moment on remixes for Xique Xiques´s album and for the label Ritual Recordings. Parallel to that, I am working on my next two new EP´s.