Dompe from Berlin is a DJ & Producer with an absolute passion for House Music. And a day without Music is a lost day for him. Dompe describes himself as a restless person always searching for the next track and a perfect bassline. And as you can recognize, his Output is noticeably high. The Quality of his Releases have attracted for many attention, national and international.

Dompe ́s Tracks stand for extraordinary vocals paired with optimal arranged Sounds and Basslines. Next to his tracks released in his own label Jackfruit, he releases on labels like 3000 Grad, Tube & Berger’s Kittball Records, Smiley Fingers and Get Physical. We had a short chat with Dompe about his passion, Berlin and upcoming projects.

Thanks for catching up with us today. What are you up to currently? Are you locking in studio time as we come into the winter months?
Hello, whether winter or summer. I am at least 4 days a week in the studio. And to be honest, now while I am answering this, as well! 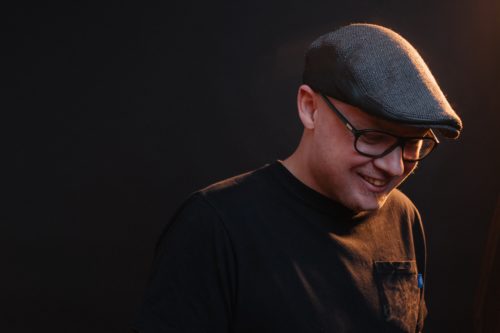 Outside of music, what inspires or directs your creativity?
When I need a clear mind, I just sit down on my bike and drive aimlessly through Berlin. There is so much to discover here and the city inspires me again and again. I can also switch off during swimming very well.

How would you say that the music scene has developed over the last few years in Berlin?
Berlin has the big advantage that always new clubs arise. Because many people bring their own ideas into the club life, you always have the feeling that something new is happening. This keeps the whole thing a bit fresher than elsewhere.

Are there any particular venues that you love to check out for new music? Or record shops you particular dig in?
I also like to go privately to Sisyphos. The atmosphere there is very inspiring. I also love to search for records at flea markets in Berlin.

Your latest album was pressed on vinyl next to release on Tape and digital distribution. Would you say that you are more a digital or vinyl fan?
The music I listen to at home, I always buy as vinyl. But then these are mostly punk, funk or rock albums. I also have about 3000 Techno and House records but these days, I mostly play digital. To some gigs I still take some records with me.

Unfortunately most things are only digital nowadays,

so I play mostly digital. But for my album or generally for my music I prefer a vinyl release. It’s always a great feeling to hold a record in my hand. That upgrades the product by 100%

What else do you having coming Update in the near Future?
I’ve just produced a lot and I’ve been working on requests and sending demos. There was a lot of positive feedback and so Ep´s came to Smiley Fingers, Moonboutique, Blackboard. One thing I can’t tell you yet, but for me it’s the absolute highlight of the last 5 years. The next 3 EP´s on my own label Jackfruit are also finished and will be released monthly from January. Besides I did some remixes. Stay tuned!