Speaking with Canadian producer Kora ahead of his debut Origine Tour, we talked through the vision fuelling the project, a hectic first 12 months across the board and his upcoming run of shows, which see him touching down in Dublin, Amsterdam, Paris, Dubai, Istanbul and Berlin this October.

HMWL: Tell us, where does the boundary between you as a person and Kora the artist lie?

Kora: I’d like to say that Kora is the most artistic version of myself. I translate all my strongest personal values and try to apply them to the global vision of the project, especially long term. In terms of creativity, Kora means freedom, as I make sure to not limit myself with any boundaries to what I create or play as a DJ.

Can you tell us the story behind the name Kora?

Kora has two meanings for me;
The first one comes from the combination of french words Corps & Aura (Body & Aura), the two main elements that interact together in dance and music, but also lots of other aspects of life. The second meaning comes from a beautiful West African string instrument named Kora. It’s built from a large dried calabash fruit split in half, I recommend you to check it out, it’s impressive! It’s the lead instrument I used in my song Fragile.

You released your first track in November of 2016, since then we’ve seen you riding high in the charts a number of times. Have you been surprised by the hugely positive reaction to the music you’ve shared?

I’ve been absolutely surprised every single time to witness that my music was getting some love in the charts. I’ve worked over two years on building a catalog of music before the first piece of music would get exposed so seeing the songs getting some appreciation was definitely a huge surprise but also super motivating. It confirms me that making music should truly come from the heart, this is how it can resonate with other people. 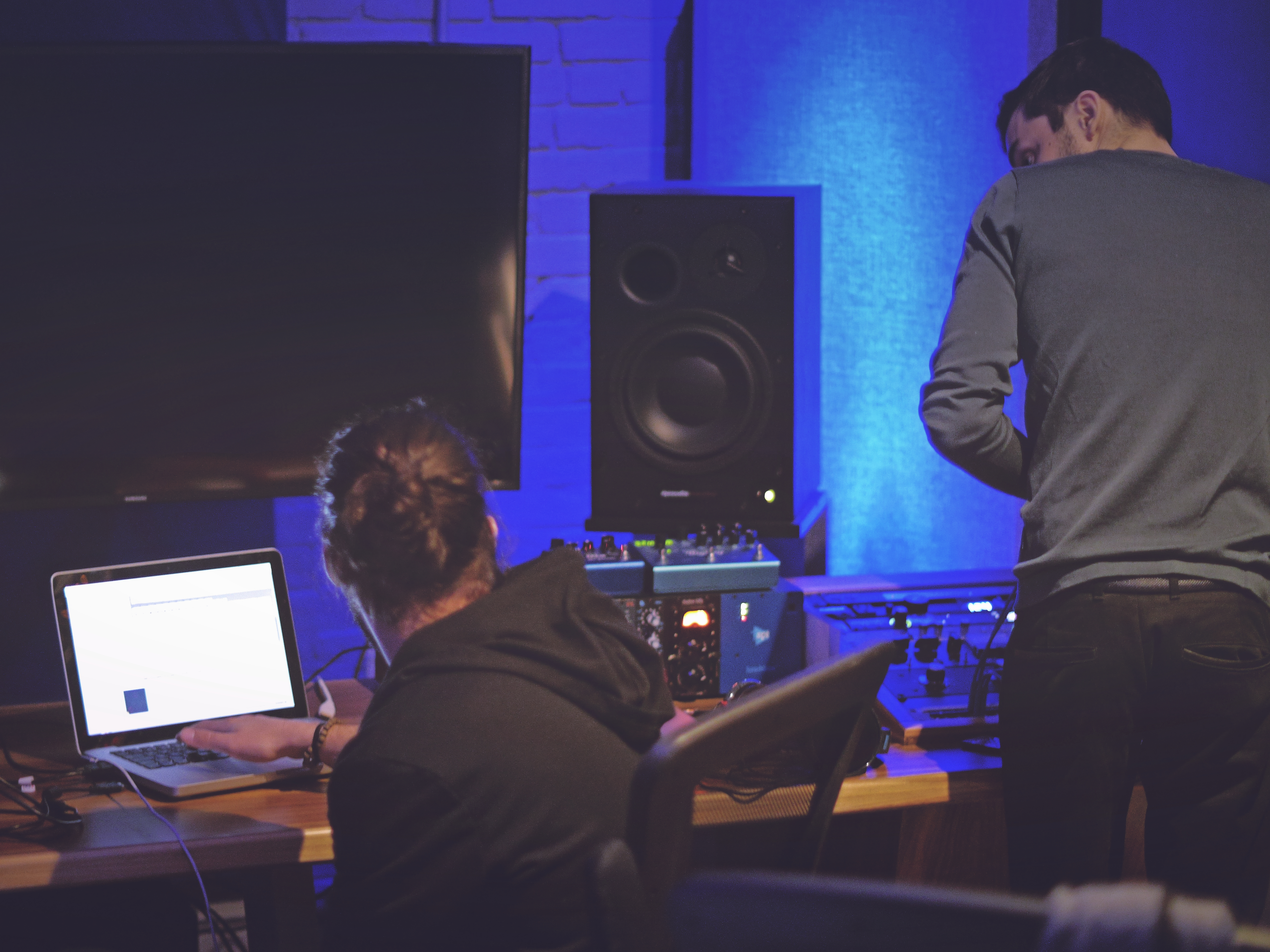 Inside the TrueColors New York studio with Gab Rhome

If you were to give some advice from yourself now to yourself two years ago, what would you tell him?

In one regard, I wouldn’t change much since I’m really happy about a lot of mistakes I’ve committed along my amateur to professional path, because that’s how I’ve learned and developed my experience the most. But here are a few tips I would give to myself:

1 – Stop focusing on specific labels, gigs, persons or opinions – create something you love and genuinely feel.
2 – Don’t let negative energy slow you down, focus on the positive.
3 – Wear earplugs to protect your most important tool.
4 – Practice meditation and do more outdoor activities to recharge your brain, even when you’re busy, tired or stressed.
5 – Don’t leave your plastic blender on the hot oven hob (I set my blender and almost my apartment on fire a few months ago, haha).

It seems you’re just as comfortable performing as you are producing. Where did you pick up that experience on stage?

I’ve been DJing every weekend for approximately ten years now, in lots of different styles and environments, so I would say that it helped me develop various experiences. I come from a pretty small hometown where electronic music was non existent, so I started by playing all sorts of Hip-Hop & Top 40 music, from Snoop Dog to Celine Dion. I was 16 years old when I played my first ‘gig’, it was an Open House party that we decided to organize to finance our high school graduation…and all I had to throw a party was two iPods, an old mixer and a few guitar amps plugged in series that we borrowed from our uncles…the police tried to shut down the party at midnight but we kept going, haha! Good memories.

A few years later, I got a weekly residency in an afterhours club where I really discovered the science of the dancefloor, the DJ techniques from playing with CDs to the psychology behind an extended set! But even though I’ve been doing this for a while, I feel I still have so much to learn and there’s so many new things I can explore, that’s the beauty of music & also what keeps me really passionate about DJing. 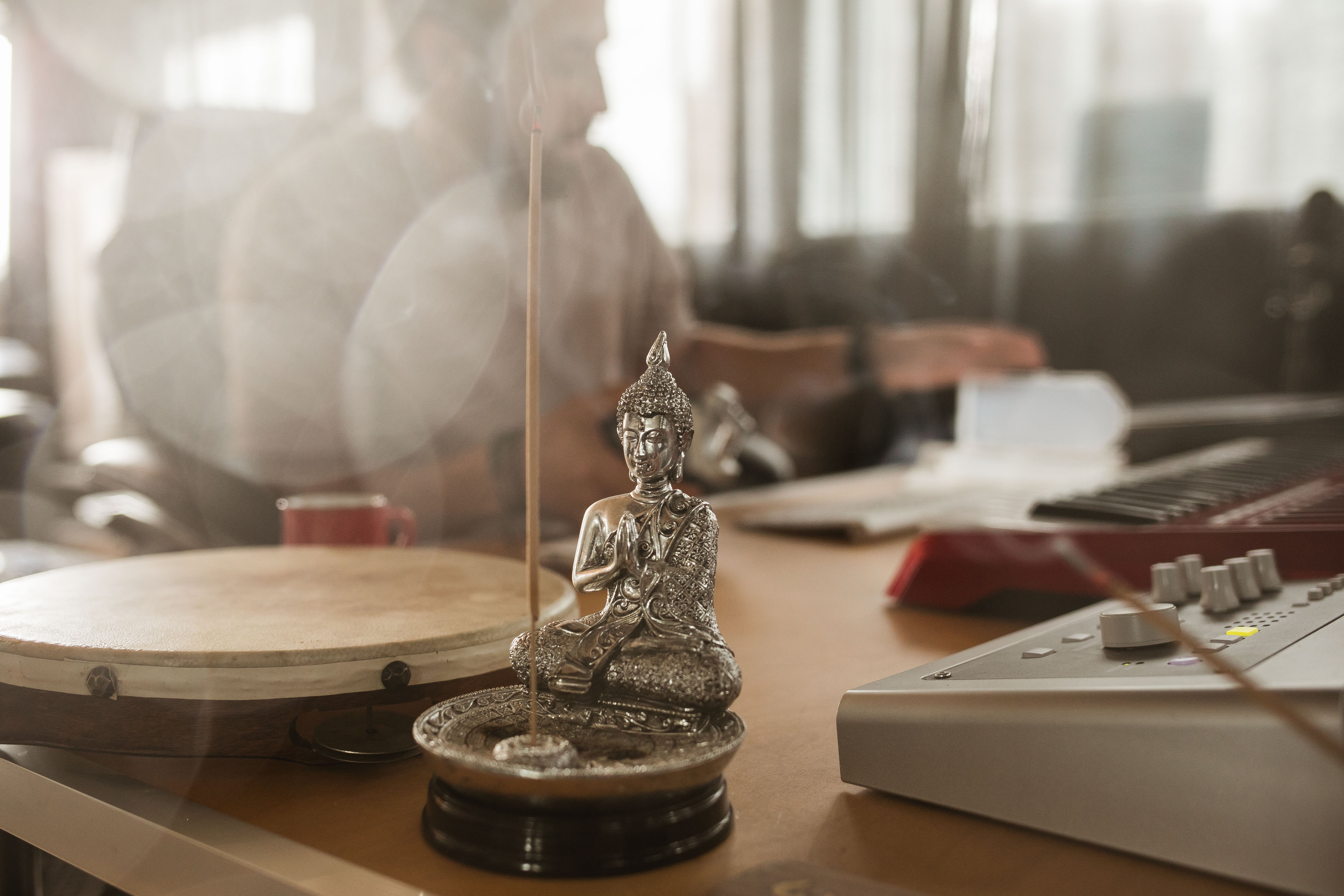 Where do you hope to be in 5 years time?

In a position where I can truly make a positive difference by helping the environmental crisis and motivating people to think outside of the box, follow their calling and do something they love! I’d also like to be able to help emerging artists and give them a platform where they can express themselves but also get tips and coaching. My craziest dream would be playing a live set with musicians in an unbelievable location like inside an Egyptian Pyramid with holograms, augmented reality and 360 degrees sound system.

What are your other passions outside of music?
Extreme sports and spicy food. I’m a huge extreme sport enthusiast, as long as adrenaline is involved I’m in! I’ve been snowboarding and wakeboarding since I’m pretty young and I had the opportunity to surf a couple of times too. I broke many bones and spent a few nights in the emergency room. My parents are pretty happy that I’m now spending most of my time in a studio, haha!

What is your biggest fear as an artist?
Personal: Not staying authentic and true to my own roots and values.
Physical: Developing hearing problems / becoming deaf
External: That art & culture would disappear or become less important because of political, environmental & social reasons.

2017 has been special for you so far but we feel you’re not done yet. Can you share with us your plans for the coming months?

It’s been the most exciting year of my life so far! I’m embarking on my very first tour ‘Origine’. I left Canada on October 12 to play in cities across European and the Middle East, including bunch of places I’ve never visited. I look forward to meeting new people and sharing my music with those on the dance-floor in Dublin, Paris, Amsterdam, Dubai, Istanbul and Berlin. Late October will also see my debut ‘Nous’ on Anjunadeep, which is a real honor. Right now, I’m very busy in the studio working on finishing lots of original music, including some collaborations with my fellow Canadian friend Gab Rhome! I hope I can share more details on that very soon.

Thanks for having me guys! Big hug xx