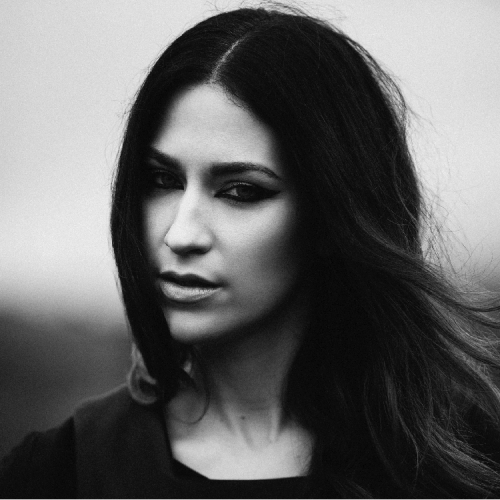 Pharmacy or music. As with most things Sanna Engdahl’s story began at a crossroads. Her decision made a path for others to follow. New Ep Arms Around is tinged with determination, drive and a no-looking-back edge.

In the Greek myth about Ariadne and the beast Minotaurus, Ariadne fell in love with Theseus, who was to be sacrificed to the beast. She gave him a sword and a ball of thread so that he would find his way out of the great labyrinth in which the beast held out.

Sanna’s way to her latest release reminds me of this legend. Sanna gives a weapon and a path to follow for anyone who dares. She has made way for other great Swedish producers such as Johanna Knutsson and Sandra Mosh to find their own place within the house/techno arena and now takes another step in a, somewhat predictable, but dogmatically good direction.

In Sweden there is an expression deriving from the myth of Ariadne, which is “the red thread”. It refers to the consistency and “togetherness” of a certain narrative, and is clearly visible in Sanna’s work, not the least in her latest release. Ever since she chose music over a medical career her decisiveness and frankness has been a pure example of what is possible to achieve when you want something.

Arms Around was released on Berlin hallmark label Watergate. It is industrial but warm, coloured with nostalgic bass lines but with a fresh and deliberate mind-set behind the panels. The eponymous track has been remixed by Carl Craig, who has turned it into a real chest-rattling experience. So pick up the thread and follow Sanna into the maze.