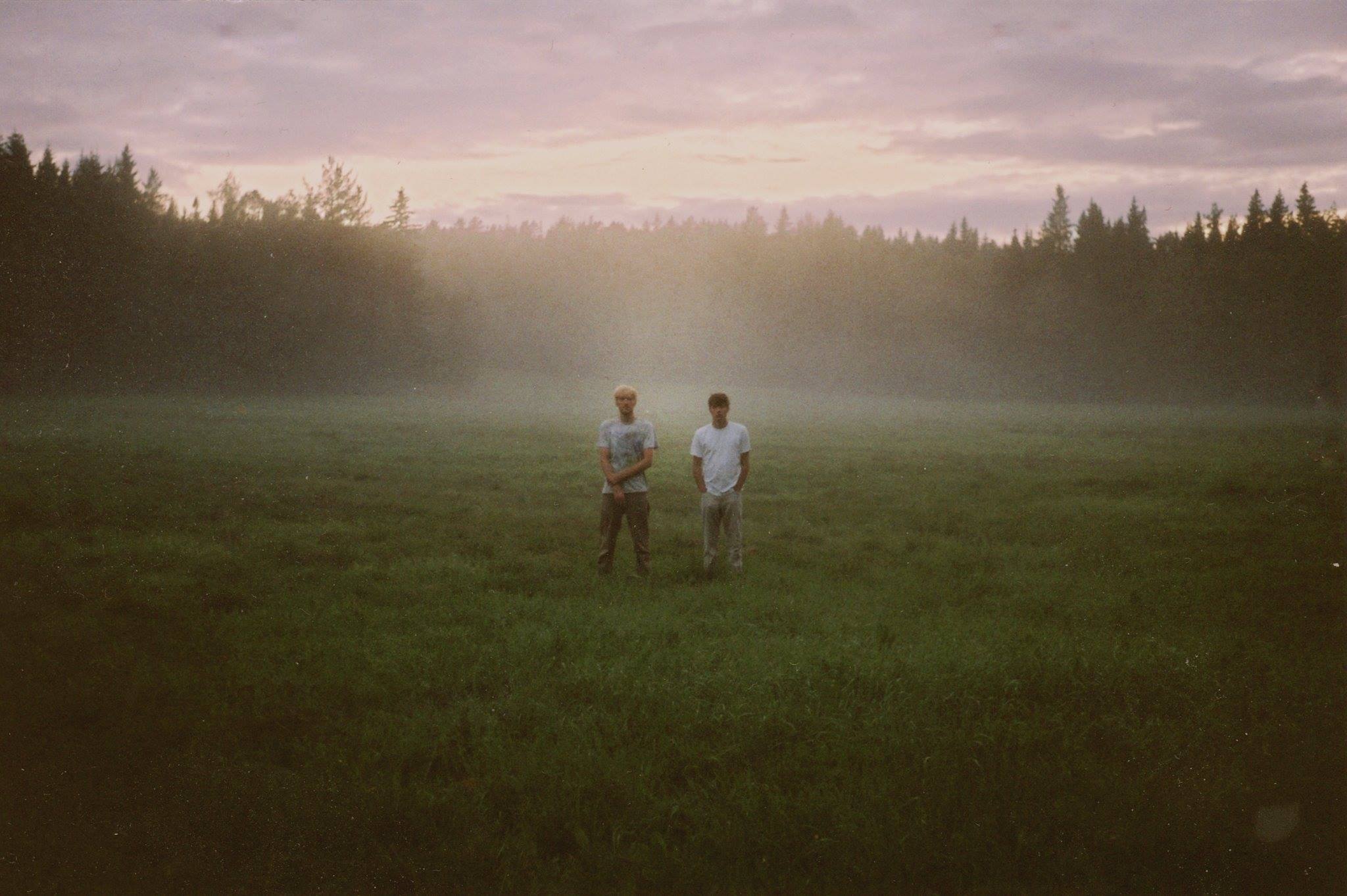 Umeå is a town in the swedish north where the woods always cover the horizon. Gidge debut album is an ode to this forest. Follow them into the world of the great Swedish north, here with full album preview and exclusive pictures from their hometown Umeå.

Eleven years ago Ludvig Stolterman and Jonatan Nilsson found common interest in electronic music. They saw something missing from the music landscape they knew. Gidge has now grown into a high tree with roots reaching deep and branches dipping into the lake of organic and atmospheric electro.

– Some of the melodies have been lying around for ten years. Once in a while we unpack them and they might be ready. We wait for our sound and technique to get right, and then suddenly the melody appears again, said Ludvig.

I ask about their process of producing: how, which tools and so on. Silence. Then Laughter.

– We do not want to be pretentious, but some questions are better left unanswered. We do not want to spoil the magic. We can say that we use very small measures and it is really hard to recreate, said Ludvig. He continues:

– We get really happy when we see comments where the listener has found those small sounds we have worked very hard with, like the sampled cranes in our track in Norrland. It shows that people actually pay attention to what we do.

Their production creates a thoroughly genuine atmosphere by placing the listener in the glade where the sounds were produced.

– A lot of our sounds we have recorded in the forest, like all of the percussions, said Ludvig

– We have a large sound bank with sounds just recorded in the forest where Ludvig grew up, to get the authentic feel, said Jonatan.

I ask what Norrland, the swedish north, means to Ludvig and Jonatan. It is quiet for a while. I notice that both of them are a bit provoked by me implying that Norrland is just one geographical area.

– Norrland is a big place. It means different to different people. We do not have mountains, and there is no primeval forests left around here. That is a common misunderstanding, said Ludvig.

– But to us its home. Nature is always close, so of course it means a lot, said Jonatan.

Both Jonatan and Ludvig say that their visual expression and their music is equally important. Vilma Larsson, who is also Ludvigs girlfriend, takes care of the graphic part, and together they take all of the pictures for the artwork.

– We want the listener to raise a mental picture. We have such a clear image of what the music is that it would have been weird not to show it, says Ludvig.

– We want to put the listener in a world without stories. Just a place and a feeling, and the stories should come from oneself, says Jonatan.

Ludvig takes the photos with a medium format camera, but this is also a slow process. Pictures can lay unprocessed for years and suddenly they reappear to make the artwork for a single.

I think they both seem so surprised by the praise the album have gotten so far. I wonder if its because of some northern shyness or something else.

– This is our first band. It is sort of a weird feeling getting this attention, said Jonatan.

I wonder what it feels like to finally release their firstborn Autumn Bells. Do they feel like they are loosing control?

– No, not really. It is beautiful to let it go, says Ludvig

– Now it lives its own life, says Jonathan.

Now they have planted their first tree in the forest of good electronic music.

The whole album premiered on Thump, and is now available for listening. Press play and scroll down to see the place that the sounds grew out of.

“Analogue picture, taken from the field up towards the forest where we recorded almost all of our sounds.
This is also where I(Ludvig) am raised.”

“Analogue picture, from within that forest” 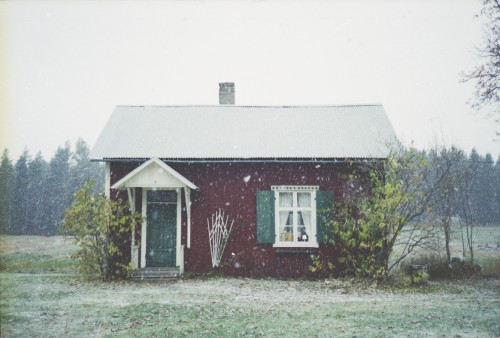 “This is where we lived where we had no place else to go, and where we also has made some of our music.
The forest behind is the same as in the pictures above.” 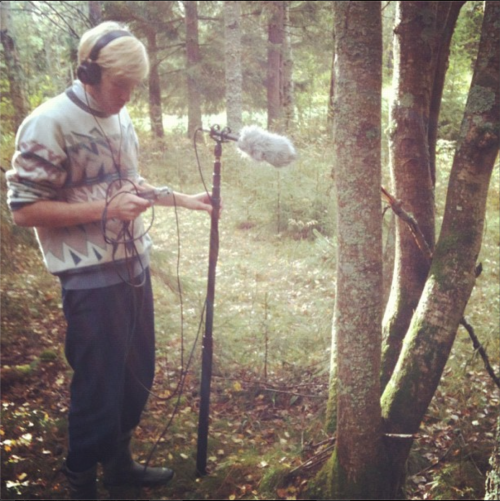 “Jonatan records sounds in the woods. This is from where we recorded almost all the percussions heard on Autumn Bells.”

“This is simply us, by a lake. Photo by Vilma Larsson.”
Find the album here