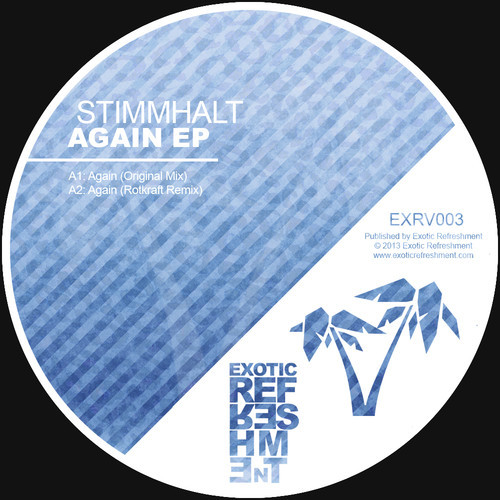 Exotic Refreshment house music label is based in Leszno Poland and run by a hardworking young connoisseur label boss called Jakub Kraczewski. Exotic Refreshment promos got a special folder in our inbox since one will always find at least a few quality tracks with every release.

Their most recent 12″ release hit the stores yesterday and features a less known Georgia, Tbilisi-based producer who goes under the name Stimhalt. The original version include some deep bassline and a catchy vocal. Some might find the deep original track a bit too repetitive and over-vocal. But no worries, the real diamond on this one is the Rotkraft dub mix with a bit of nu-disco-soundtrack-for-a-barbeque attitude that takes us on a slow-mo trip tastefully taking out parts of the vocal.

Rotkraft remix will be heard many times this summer,  inter alia under the sun in many soundsystem-dense parks in Berlin, London, Malmö, Stockholm and Barcelona.