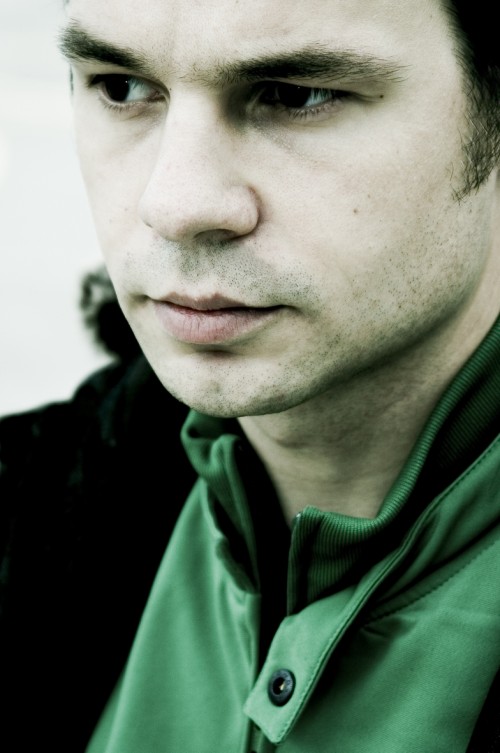 With this redundantly large image I would like to introduce D-Nox. Yes, folks, it is him. The Man, The Myth, The king of progressive house! This guy’s been around forever, and with his own two hands (often plus Beckers’ two) influenced the house scene dramatically, by almost literally spraying beautifully deep and well-produced tracks all over us. And we love it. This chap has been spinning records since 1992, and owns and administrates Sprout Records and the sub-label Plastik Park. Alongside he’s constantly touring the world, playing on all continents (incl. Antarctica). Lucky for us, he had some spare time, which he spent on a couple of Swedish bloggers. Lovely!

HMWL: First of all, congratulations to you for the dominant position you’ve put yourself in, in the progressive house scene. Also, you’ve released tracks on practically all the most prominent progressive house labels in the world. How did you do it? What is driving you? D-Nox: Thanks for your kind words. Well, I don’t think that far but I appreciate all of the amazing feedback from all around the world.What drives me is my love to electronic music. I am infected with that virus since my first techno party in 1991. I love the energy and the suprising moments of this music. That I can’t find in any other music. I was DJing before I discovered electronic music, it was a logical consequence for me to continue DJing electronic music. But in same point I wanted to get out of my local dj position and this is when I decided to produce music. In Beckers I found the perfect partner. We’ve been writing music since 2004, and again, all what happened since then was never really planned. It just happened.
HMWL: Please guide us through the general workflow of making a track. What gear do you use? D-Nox: There is no general workflow. We work on the groove first. Kick, hats, claps, snares. Then we get into the sounds, like bassline, hooklines. We look for samples which we think makes the track different, and in the end when we have all together, I arrange the basic structure of the track: intro, main part with break or no break and outro. After that we work on modulations, effects and all the details, and after that we mix and master. We work with Cubase and Ableton, plus tons of plug-ins and mastering tools. We have outboard gear but we don’t use it often. It depends on mood and situation.
HMWL: You team up a lot with Beckers when producing and DJ:ing, how did you guys meet? D-Nox: I always work with him. We met about 10 years ago. We became friends and the producing part came later.
HMWL: You have played in, more or less, every country on the planet. Do you have any favorite club or country? Any on your wish list? Unfortunately, I haven’t made it to all the 220 countries in this world but I have seen a lot, yes. I have been on every continent and I have seen some amazing places. I love South America and also Mexico. Australia is amazing. Israel too. There are so many wonderful parties everywhere. Not all of them are good but I am lucky to have played at many great parties and places. On my wishlist are countries like Costa Rica, Guatemala, New Zealand or Indonesia
HMWL: Name your best 5 tracks ever; tracks that has inspired you, been played on constant repeat, or just flipped a dance floor upside down. D-Nox:
01. Vapour space – Gravitational arch of 10
02. Lil Louise – French Kiss
03. DEGENERATION – UNA MUSICA SENZA RITMO
04. Mathew Jonson – Decompression
05. and at least 5000 other monster tracks which have done a lot to me
06. Beckers – Switch (because it was something like a breakthrough for me and Beckers)
HMWL: What’s next in 2010 for D-Nox? After lots of traveling, I wanna go back to the studio in March. Again I will be traveling a lot. My schedule is already fully booked. Also, there is the soccer worldcup in 2010.