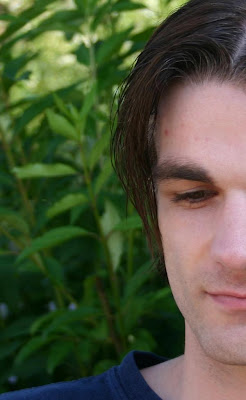 I know I promised you Fine Taste, will you will percieve, but I’m waiting for some bootlegs. So you’ll have to wait as well, it will be worth it, I promise.

So instead I’m giving you Chris Reece, Switzerlands own Electronic king. He creates interesting electro house with an enormous drive, and the production is always top notch. He’s been around since the early 90’s, and has spent more than 70 weeks on the Swiss single chart. One of the gigants of the electronic music today (and also one of the nicest guys I’ve talked to, alongside Eelke from Fine Taste and Mike Monday).

Ridge Forrester: Tell us a bit about yourself. When and how did you start making music?

Chris Reece: I started playing music at the age of 12. I’ve sent demos around the globe only to get back standard letters of refusal back. Guess every producer went through that. But I’m the kind of person who tries even harder after a failure. My strong will to succeed one day kept me going. I just could not see myself working 9 to 5 for the rest of my life. Music was and still is my passion and it was the only place I felt comfortable.

I kept my head to it, bought better equipment and started producing better demos and it all paid out eventually. My first single sold about 100 copies. Back in 1998 that was my first big personal success. I had still a long way to go to become a professional musician and to be able to pay my rent.

RF: You have been on charts with several tracks. Do you have that in mind when making the track, or is it more like Prodigy’s ‘Music For The Jilted Generation’, where their intentions was to make an underground record, which ended up on charts anyway?

CR: To be honest, yes, I do think about this. That’s what it’s all about when you do music; you want to reach as much people as you can. Don’t get me wrong, I would never produce songs that I cannot reconcile with myself. You cannot produce successful records if you don’t understand the music from deep inside your soul. Listeners feel it when songs come from the heart, you can’t cheat on them. I produce the music that I personally listen to and love. When I’m done I judge if it could be a floor filler. Guess that’s natural.

RF: When making music, do you prefer software, hardware or maybe a combination?

CR: In the early years, I only had huge hardware synths that took all the space in my 30 square meter room. I started loosing the overview and the only solution was to convert to software based synths. Back then the quality became equal to the hardware synths. Nowadays I use 90 percent software but sometimes I do use some of my old rarity synths that I kept from the past.


RF: What programs and synths etc. do you use?

CR: Since I do a lot of songs and productions it is indispensable to know the program you are working on inside out. I work on “Logic” and sometimes I use “Ableton Live” if I have a bit more time for a production.

RF: Please guide us through the general process how you make a track?

CR: Basically it starts with an idea in my head before I even started my Computer. Sometime it is an idea of an arrangement, an idea of a special sound or a beat. I need that first or I run the risk of sitting 10 hours in front of my pc staring into an empty screen.

In the studio I start on a loop, only one bar, play in beat elements first, a baseline, melodies, effects. The moment I think an idea could work I start building the arrangement. Sometimes during the arrangement I change some elements and totally leave the original idea. That doesn’t really matter as long as you get to an amazing result.


RF: Are you able to live off your music? If no, what do you do on the side?

CR: Yes, it’s a fulltime job. I have plenty do to with my label “Unreleased Digital” and all the other side projects (such as: Dinka, Daniel Portman, Leventina) I have.


RF: In the club, do you prefer to play live or DJ, and what equipment would you choose?

CR: I’m not a DJ and I want to keep it that way. In my younger days I was on tour with a live act called “Fu-Bots”. Sometimes we played in front of 20’000 party people, but I never really felt it as something I would want to do for the rest of my life. I love to produce songs and remixes for the clubs, but the nightlife is not my really thing.

RF: You made uplifting trance back in the days, what made you shift over to electro and progressive house?

CR: I actually started with house music back in the late 90ies, but I play the piano and as a fan of dramatic melodies I fell in love with trance music and its rhythm. Sadly there was no way to further develop Trance music after a certain point and it started to become boring. I had a studio partner up until a few years ago and when we parted ways, I had a lot of time on my hands to think about how I want to proceed.

I decided to re-launch the Chris Reece project and released the first EP called “Tribal Illusion”. That was exactly the sound I wanted in my future and today I’m really happy about how everything went down. I have found a genre that I feel very comfortable with and that gives me enough creative space to keep developing my projects.

RF: Would you say that you’ve found your sound, or is that a constantly evolving matter?

CR: I will always do the sound that I feel right to my person. Everything is constantly evolving, but that’s just human nature.

RF: How does the future look for Chris Reece?

CR: Well, I will continue doing what I’m doing right now. Releasing records and remixes and always trying to make my clients and listeners happy with what I do. We’ll see where this takes me.

Unfortunately I wasn’t allowed to put up any downloadable tracks, which I naturally respect. Instead I got a link to a player, where you can listen to the great tracks of Chris Reece.
I strongly rec

Give him a round of applause.