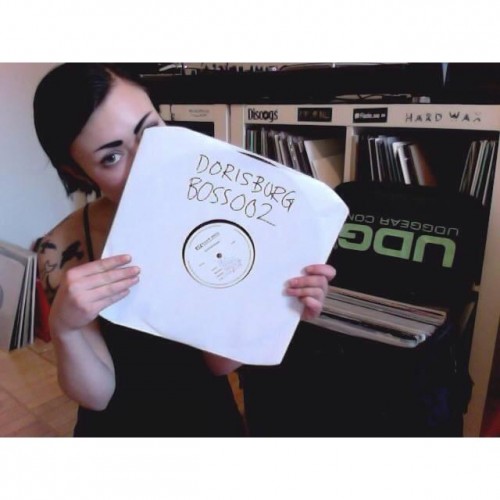 Bossmusik has been on the tips of many techno connoisseurs’ tongues during the past 12 months. Vinyl only, no bullshit, no compromise, as little PR as possible. We talked to the label boss Johanna Schneider a bit about how to run a vinyl-only (well not any more) label that sells every reprint to the last copy, about what she is looking for in a track and about working with Dorisburg, Henrik Bergqvist and the rest of boss family.

HMWL: Tell us about Bossmusik. What’s the story? And why was it from the beginning a secret label?
I didn’t wanna tell people before i had the test presses in my hand. I didn’t wanna be the one bragging about this for months, I just wanted to do it. I also wanted to figure out everything before it was official. Why did I do it? For who did I do it? etc

And I really wanted this to not be about me or to not be about money. I wanted it to be about the tracks and i wanted to be able to help my amazing friends who’s contributing so much to the scene with putting their music out. It’s a family thing you know. I never listen to demos etc, which makes me sound like a douche, but it’s really about presenting my/our view of the scene in Stockholm and Sweden.

Do you think only pressing vinyl makes a label more credible?
Unfortunately yes. I chose to press vinyl cause that’s the format I use and like playing the most. I will release it all digitally, it’s just been taking time. Everytime people email me asking about the releases digital I just send them the tracks for free.

What people forget about this fucking elitistic vinyl-only discussion is that it’s also excluding. If you’re one of those who can afford to and play vinyl, well, LUCKY YOU. Be thankful for that. Everyone doesn’t have that kind of money. Bossmusik is also a strictly repress label, lol. Music for the people!

Everytime people email me asking about the releases digital I just send them the tracks for free. If you’re one of those who can afford to and play vinyl, well, LUCKY YOU. Be thankful for that.

I have to remind myself sometimes about this too. Like last week when I uploaded a mix on soundcloud… I wrote something like ”vinyl mix” in the description. If it’s just a format for me why do i brag about it? When realizing this i deleted the description.

Any plans on releasing Bossmusik digitally?
It’s up in a week or so. Been taking some time to set up the account.

You are now traveling back and forth to Berlin. What is happening with the techno scene over there?
I’ve been doing this for years and I’ve definitely seen a lot of changes. To be honest I would like to talk about this all day, haha. I think about these stuff to much.

Since Berlin has become the capital of techno everyone knows the ”berlin sound”, people who come to play, especially at Berghain, already know what they ”should” play. For me that makes a lot of DJs and sets the last years uninspiring and flat. And i’ve been thinking of what that makes for ”the berlin sound” in a bigger picture, does it make it stand still?

…especially at Berghain, the DJS already know what they ”should” play. For me that makes a lot of DJs and sets the last years uninspiring and flat.

And with the city and the clubs popularity… the opening hours have been getting longer and longer which i think makes the scene there a bit divided.

But I LOVE berlin. So much. I could never stop going there once a month… it inspires me so much. I would actually like to spend some more time there. Maybe do my work from there a couple of days a month, but I would never wanna live there.
The scene is pretty much going there, they don’t need me there.

Would you say that your Bossmusik A&R work is affected by your other job at (R&B / Hiphop label) Goldenbest? Are there some synergy effects to be seen?

Hmm well it works both ways. For me it’s important to do different things, it makes me see on the stuff that I’m doing with fresh eyes and it makes me always question the stuff I’m doing. If you do just one thing all the time you’ll get blind eventually.
Musically they have nothing in common and never will. But the way you work around it for sure. Even though I may work with major artists on Goldenbest we still do it indie and underground.

BUT, Bossmusik is really just a hobby. I wanna keep it away from being ”work”.

What are you looking for in a track?
Ouff. I could talk about this ALL day. I want a track to be a bit scary, have shit loads of attitude and never ending energy and it has to be easy to dance too.

Preferably shit loads of drums. I can really see the art in functional and minimal dance music. To make a groovy track with just a kick, a snare and a hi-hat and some bass is fucking art. It’s weak to hide under one million chords and cheesy vocals about nice stuff, haha. I think a track should leave you with a question and not an answer.

But then again one side of me just wants everything to sound just like Reeko’s ”Crop Circle”. I still want the productions to be clean. Like organized chaos.

To sum it up: what I want is something that is dead serious but still easy to dance too. And never forget the drums.

This year has just started. What are your great plans?
Just continuing with what I’m doing: Crash discogs servers, release bossy tracks, play some records, have my monthly visits in berlin, spend all the other nights at the other club-love of my life: under bron.

And try some new stuff too. Going to Sunwaves for the first time ever this year hehe. Got to get to the bottom of the romanian groove you know.

What would you like to see more of in 2015?
Drums! And less v-necked shirts on straight dudes who are djs. 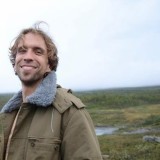